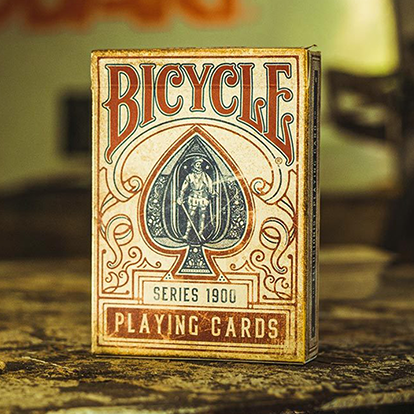 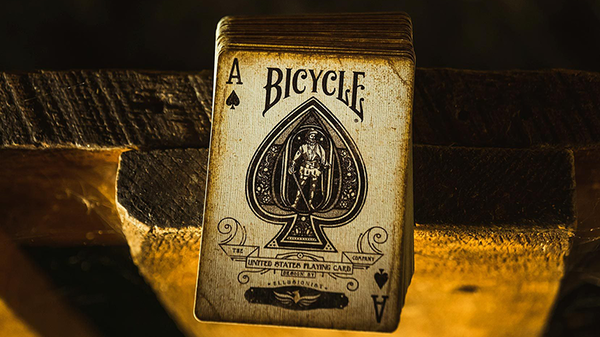 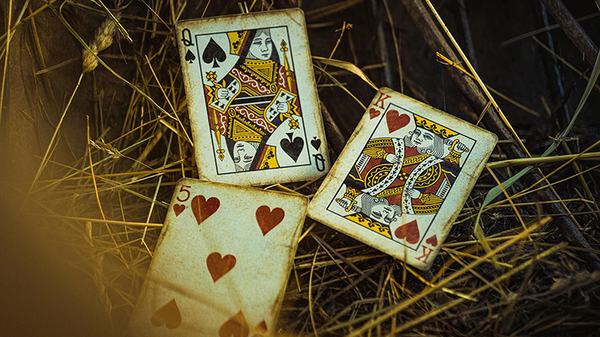 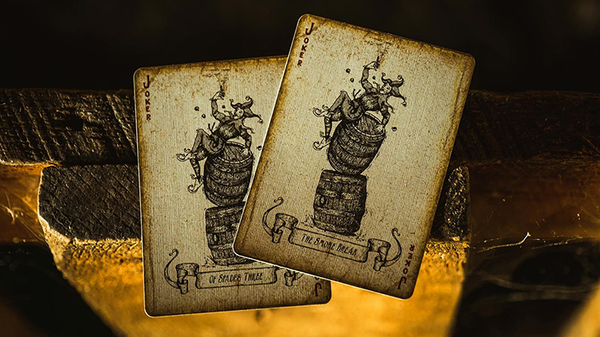 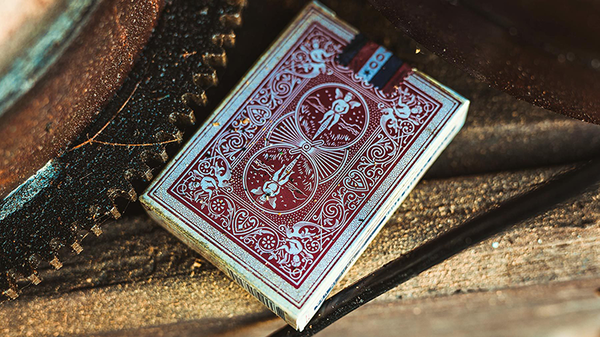 What would a deck of cards look like if it survived over a century?

The Red Bicycle 1900s Deck looks like it's been weathered and abused, exposed to the elements, left to experience every second for over a hundred years.

But these cards are an illusion in themselves, because they may look very old, but they handle superbly. You have to keep telling yourself, this is a new deck of cards.

The faultless follow-up to the ever-popular 1800s deck, the 1900s deck is full of secrets and history.

Finally available in Red Bicycle Rider Back, you'll quickly understand why these cards set the new standard when you start using them yourself.

Grab a piece of history.

Everyone remembers how they got into magic and many of us share the same story.

Our Grandfather, usually quiet, smoking a cigarette in his favorite chair, gets up and walks to an old mahogany cupboard. Pulling out the drawer, he rummages around and dusts off a weathered, stained deck that looks like it has stories to tell.

He shuffles for the first time in 10 years, but somehow, the cards don't evade him. This isn't the first, the tenth of even the hundredth time he's held these cards... He has complete control.

There's something more mysterious about an old object conjuring up miracles. It seems more authentic.

Years later, you're standing in front of an audience, about to perform and your patter begins. Your Grandfather showed you your first magic trick and this was the deck he used.

A brand new deck of Red, Bicycle 1900's is introduced, establishing itself as more than a prop. It's now a character in your performance.

Your audience, enthralled by the cocktail of nostalgia and magic, suspects nothing.

They hear the words, they see the deck and they believe.